I think of all the places I’ve been to, the colonial towns of Latin America are my favorite – and I’ve just added another one to this list!

On Day 1, we traveled 2.5 hours by bus from Mexico City’s southern bus terminal to Taxco, an ancient silver mining town in the state of Guerrero. I loved Taxco as soon as we got into one of its beat-up white VW taxis, with front seats taken out to make room for bags. I probably took about 50 pictures before our bags even made it to our hotel rooms. The rest of the day was spent walking around the streets by the plaza and taking photos of the white houses covering the hills, the baroque bell towers of Santa Prisca towering over the town, and the white VW beetle taxis plying through the town’s steep narrow cobblestoned streets. 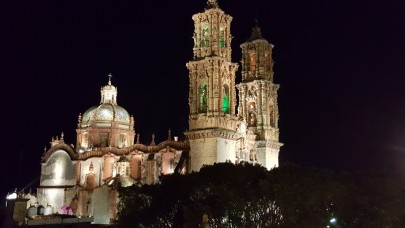 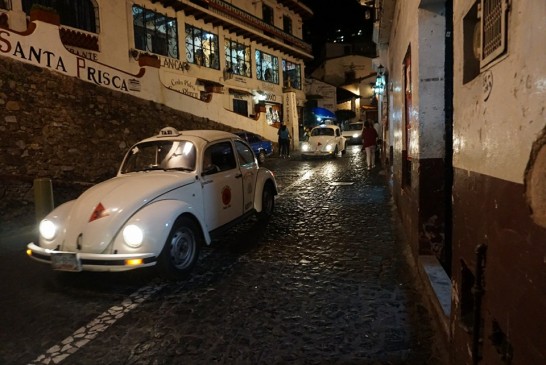 Towards the end of the day, the plaza gets filled with students off from school and everyone else just hanging out sitting in benches enjoying some chili-covered chips, churros, nieves, siniguelas or corn on the cob. At night the plaza even gets more packed with people dancing to Mexican/latin music played by a live band. The dancing would go on until past midnight. 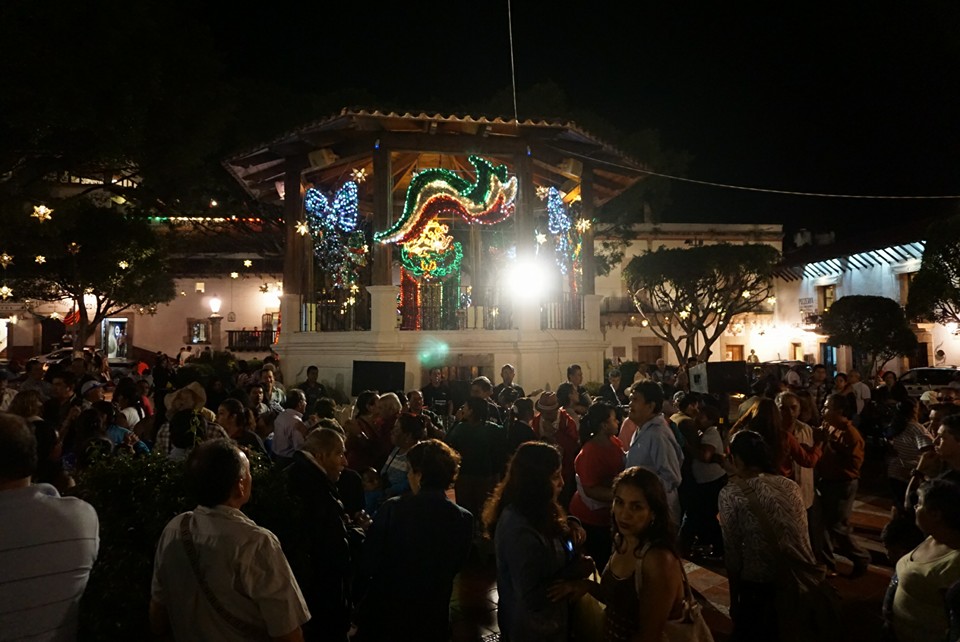 On Day 2, we walked, we took more photos, we ate nieves, we ate corn on the cob, we sat on benches, we checked out some silver shops, we watched students practice dances, we watched the town go by. It was wonderful. We’ve seen the church from every angle in town. 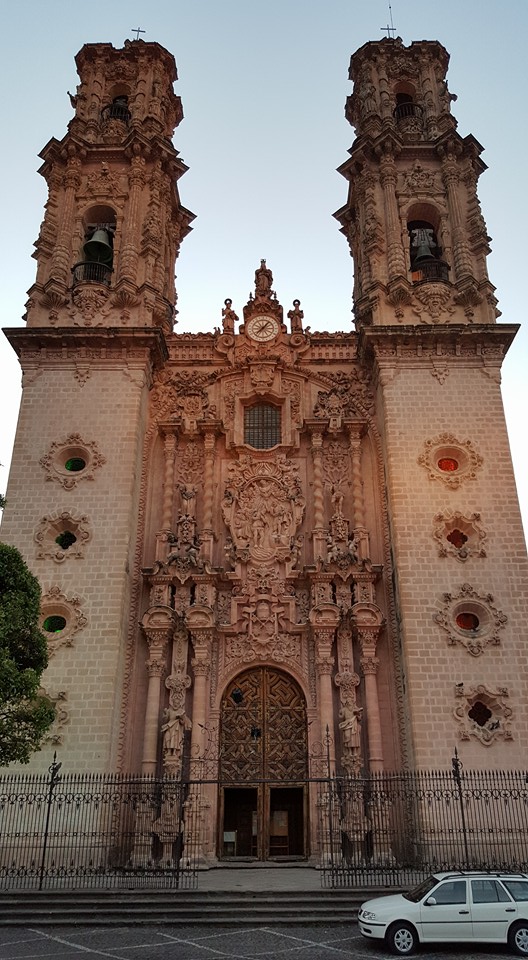 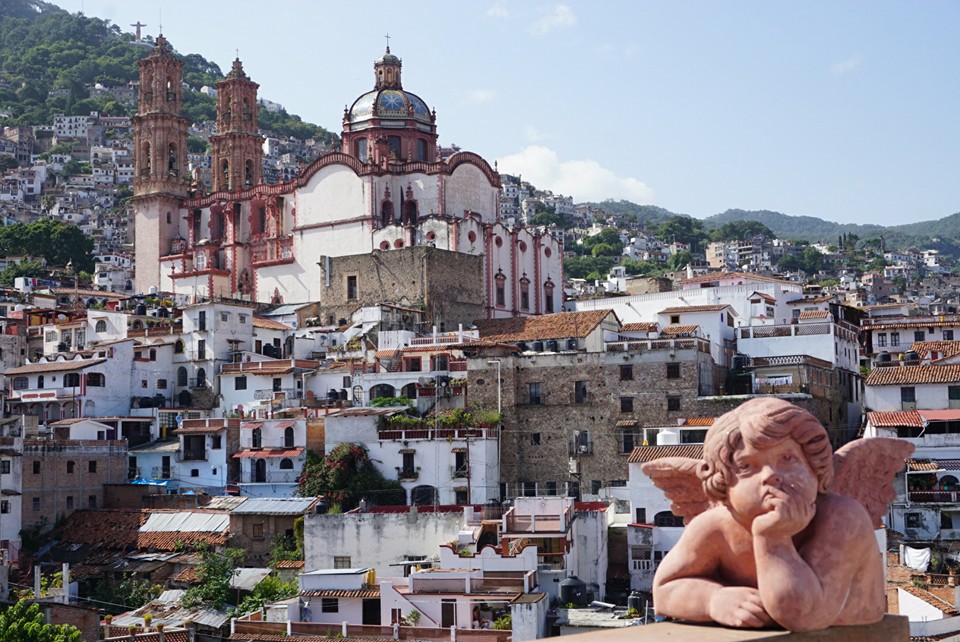 On Day 3, we took an early morning bus to Cuernavaca, the capital and largest city of the state of Morelos. Nicknamed as the city of eternal spring due to its year-long pleasant climate, Cuernavaca, which is about 1.5 hrs from Taxco, has grown into a large metropolis but it still retained it’s colonial city center. After having breakfast by the zocalo (which is under construction at this time) we walked through the city center, the 16th century Palacio de Cortes, the walled cathedral compound and Jardin Borda. I found the cathedral interesting in that it’s walls look more like a castle than a church and the interior walls are covered in murals instead of the usual gilded ornate carvings and statues of saints and cherubs. Then we had lunch at the city’s oldest restaurant before heading back to the bus terminal for the only bus leaving for Taxco that day. 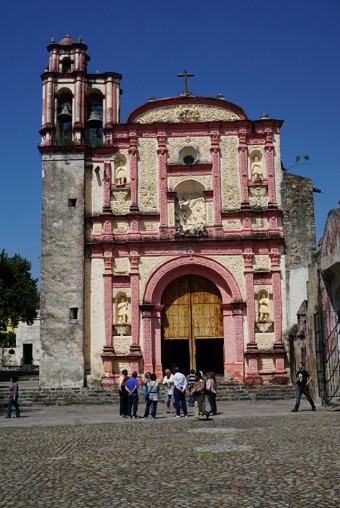 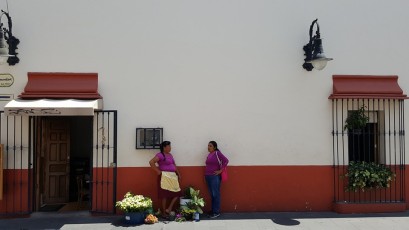 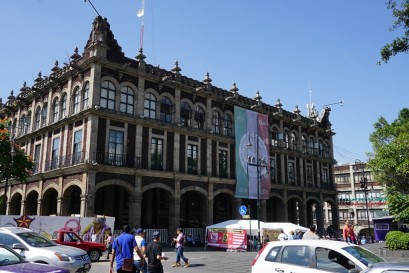 On Day 4, we left for Mexico City when the town was barely awake. 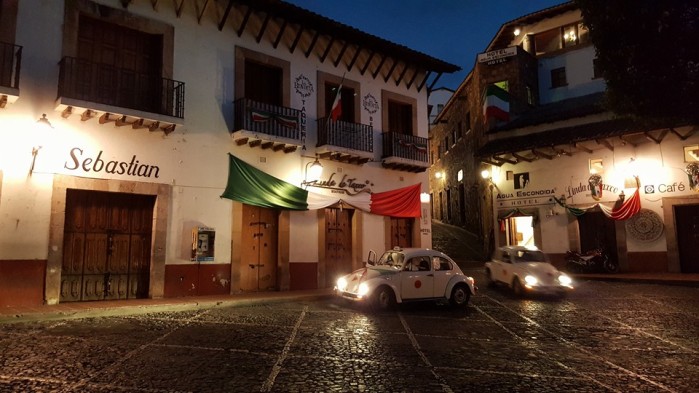